5 Things to Know About Your SAP Project Manager

Ever Wonder What a Project Manager Actually Does?

As a Senior Project Manager (and PMP), who has managed projects for SAP, i2, Oracle, Hubspot and many military projects as well, I have to say, the company (i2) that was actually clearest about what they expected a Project Manager to deliver was profit-for i2.

Let me repeat that, the clearly defined top level goal of a project manager is to deliver the project profitably.

I have to admit; my focus was and has always been to get to Go-Live - however that might be defined.  Generally speaking, this involves managing the Project Manager's iron triangle. 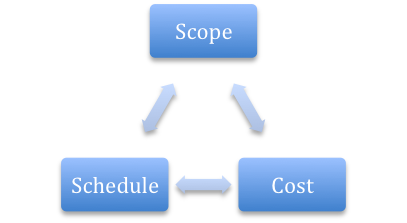 However, and as you might expect, the real business goal of a SAP Project Manager is to deliver the project while making a profit.

What then, should a customer, the ultimate consumer of a project manager’s efforts, keep in mind then, especially with regards to a SAP project, or as we refer to it, a Significant Emotional Event (SEE).

But the criticality of selecting the right one, and getting him onboard early, should be clear to any customer when they investigate who is typically blamed for a project failure.

It is a high stress, high risk job.

Many people, particularly SAP Consultants, initially want to be a SAP Project Manager.

Few make it, and many of them decide they do not like it and return to SAP module consulting.

They typically are not using the SAP PS module or project management module.  They could, but then you would already have implemented SAP.

The one exception I've seen is where the project is the roll-out or migration to the SAP Project System module.   In that case, they would use it, but the context is usually part of a part of a broader strategy to integrated other processes, such as procurement, logistics execution, field services and many other variants.

Most large scale SAP implementations, evolve into a portfolio of projects, some purely SAP implementation projects and others, part of supporting or ancillary projects.  While a Senior SAP project manager may well be a Portfolio Project Manager, (as this author often is), if the SAP implementation is of sufficient scale, it is probably already enough for him to manage that single project, which often has 150 or more members on it.

This then, spawns the PMO or Project Management Office.  Generally, this is required when dealing with very large, complex business organizations, that have been fully productized.

People who read this also read: