Are You a SAP Project Manager, Consultant, CIO, CFO or CEO?

Are You Looking for a Quick Way to Estimate Your SAP BW Project?

Do You Need To Quickly Estimate Your SAP BW Project?

Believe it Not, it Can be Done in Under Five Minutes

No matter your role, when it comes time to estimate a SAP Business Warehouse Project (SAP BW), it can be a daunting challenge.  There are a huge number of technical objects in the business technology platform stack.  Traditional SAP BW Project estimation tools asked you to count these technical items, even before you had designed the system had any idea about the data model!  You see, this presents a serious challenge.  Even the most senior SAP BW consultant cannot really 'know' how many of anything will be required in the final solution up front.

SAP doesn't actually provide all that much guidance either.  In fact, if you ever taken the SAP BW Academy, when you get to the part where they talk about the SAP ASAP implementation methodology, though they 'stick' it into the existing ASAP methodology, what their advice really consist of is:  1.  Use Standard Content (to get started anyway) 2.  Get something in front of the user as quickly as possible, and this is true even when using SAP HANA and SAP BW on HANA.  Now, this isn't bad advice, in fact, if your client has a requirement that can be fulfilled by using standard content without modification, it is probably the easiest way available to implement a project quickly.  Unfortunately, it may involve more effort than you realize which can definitely negatively impact your scope and project budget

So how do you solve this problem.  There have now been thousands of SAP BW projects executed around the world.  There is and will continue to be, many, many more SAP BW projects.  You can't really count objects until you know what you're going to build.  Rules of thumb may work or they may not.  The analytical capability of the BW stack, including SAP HANA, BusinessObjects and other tools in the suite, are critical components of other parts of the system, such as SAP Strategy Management or SAP SSM.

As a both a SAP BW Consultant and SAP Project Manager, I've faced similar challenges.  In fact, estimating a full up SAP ERP implementation project is so complex, that SAP used to have a tool, a giant excel spreadsheet, that was a 'state secret'; you had to get trained on it first (took 2 days) and then access to this tool was exceptionally restrictive.  This tool required a great deal of knowledge of both SAP and what it could do as well as a great deal of knowledge about a client's business process requirements.  In short, it took a small pre-project to estimate the real project.  Yet, most of the time, the estimate was off just a little or in some rare instances - a lot!

When it came to estimating a SAP BW project, many consultancies used an Object based estimation model.  Again, it was a simple spreadsheet, and it required a small pre-project prior to the real project.  It too, was usually wrong.  Given the track record of BW projects, and our company's extreme focus on successfully delivering SAP BW projects, we set out to develop a SAP BW Project Estimation tool that incorporated both 'guidance' from SAP's ASAP Methodology as well as our own extensive experience across a variety of industries typically served by SAP.

How Costly Can a SAP BW Project Estimation Mistake Be For You?

To answer that question, you can make some quick 'back of the envelop' calculations.  Lets say you have 5 consultants on your BW project (and in some cases, I have seen over 140 SAP BW Consultants on a single, global SAP BW project), and they each have a Fully Load Cost (FLC) rate of $571 a day and your project goes over your estimate by 3 calendar months.  That's about $171,300 dollars.  Of course, SAP BW consultants, especially senior ones who are likely to know their stuff, usually cost closer to $1200 a day, if not $1400.  So now you're talking about $420,000 over budget.  If you're on a fix price project, this may well consume all of your management reserve, assuming there was any.

Though our company has never had an unsuccessful SAP BW project, we have been called in to 'rescue' any number of projects.  What have we seen as a common denominator in these 'challenged' projects?  Though each SAP BW project is unique, each succeeds or fails for its own unique set of reasons.  The most common reason we've seen is that the project estimate was off while the Business Case for doing the project was not solid or even present.

As a senior SAP Project Manager, with a PMP designation as well as SCRUM Master Certification and SAP ASAP certification as well as being certified in multiple SAP modules, I have consistently suffered from not having the resources I needed to do my projects.  When it comes to SAP BW projects, what I have seen as the penultimate cause of failure usually fell into these buckets:

If you really look into these problems, you will see that the SAP BW Project estimations are off because they aren't based on an engineered approach to estimating projects.  They ignore Project Management best practices and do not incorporate what has been learned from projects in other companies.

Why You Need An Online SAP BW Project Estimator

If the current project estimation approach is so complicated yet unreliable when do a SAP BW system estimation, perhaps a new solution was needed.  That's what our team thought.  After all, we're BW Consultants who also happen to have engineering and software development skills.   With these skills, we set about the arduous task of simplifying the often arcane tasks of SAP BW Project Estimation.  We had six ground rules:

The FREE online SAP BW Project Estimator meets all of the above 'ground rules' and has been used continuously since 2015.  Before we released it into the wild, we used it to back estimate all of our SAP BW projects to validate the results.  In most cases, the estimate it provided was in fact close to the actual project durations versus the original unrealistic project estimations originally provided by either other consultancies or by internal client SAP teams.

No Plan is Perfect -That's Why It's Called An Estimate

This online tool is, as far as we are aware of, the only one of its kind either publicly available or available on internal networks.

That's why we developed a solution that:

You Now Have a Choice to Make

You can keep trying to estimate your BW projects the way you have always done.  You can keep having your estimates reduced by the 'powers that be' and thus guaranteeing a project overrun.  Or, you can use this solution to not just develop your initial project estimate, but update it as often as you need, throughout your project.

With it, you can determine not only what your SAP BW Project Estimate must be and:

Our Tool Is Free For You To Use

Our Online SAP BW Project Estimator is unlike any other online project estimator you've ever used.   It was developed by us for our own use and to our exact functional and technical specifications.   Then, the MBAs got ahold of it and said, we can do so much more with this.  They were right.  What we are giving you here allows you to treat each BW Project Estimation exercise exactly as it should be - an engineering exercise with known standards.   With it, you can get a customized, comprehensive project proposal that tells you:

There is no charge to use this tool and there is no limit to the number of times you can run it.   We want every SAP BW project to be estimated properly and completed on-time and on-budget.  If you want to run your own estimate now, you can just click the button to get started. 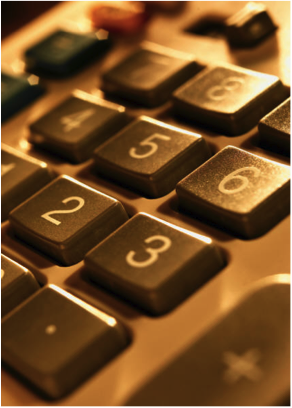 P.S.  Bonus Offer:  We also can set you up with an absolutely free Hubspot CRM system, tuned to help you in your job search.  We think you will find that by using it, you're probably letting opportunities slip through your fingers.  If you're like us, you get inundated with emails and calls, and you know you should be doing a better job of tracking each of these potentially valuable opportunities.

P.P.S Bonus Offer:  If you got this far, congratulations.  We're always hiring, so if you would like to be considered, please consider submitting your resume at this link.

CONCHITA ORTIZ - INTERNATIONAL SAP BW SAP CONSULTANT
"This SAP BW Project Estimator helped me perform a BW Project Estimatiion with far less stress.  Before it was available, I was guessing how long my project would take!"