Are you struggling to break into the lucrative SAP consulting market? 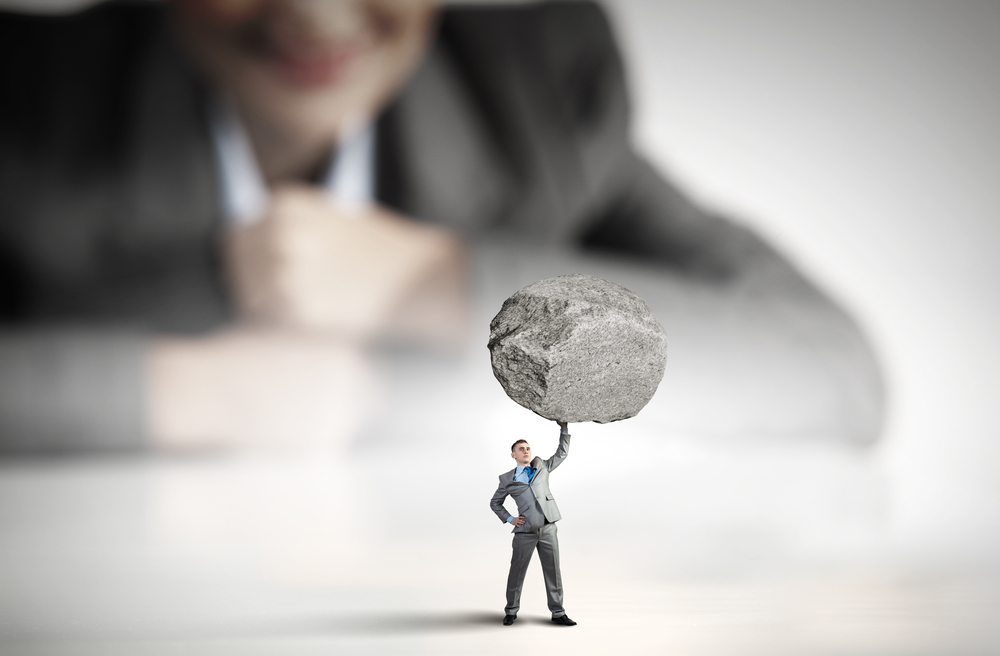 Have you taken one or more expensive SAP certification and training courses?  Have they left you deep in debt but without being able to break into the high paid field of SAP consulting?  Are you unsure if the SAP consulting field is even worth it?  What if I told you that many SAP consultants are making well over six figure incomes, some making over $200 an hour while even a normal SAP consultant could be bringing in $150 an hour.  Some make way more than this, such as SAP BPC or SAP SCM consultants.  Perhaps you’re ready to walk away, just throw in the towel.  Perhaps you think someone out there is intentionally holding you back?

How Big is the Opportunity?

What does $150 an hour translate into salary wise.  That’s $1,200 a day or about $240,000 a year.  That’s a lot better than some jobs that require a Masters degree yet offer just over minimum wage.  Doesn’t seem right, but SAP was and is in high demand.

Don’t despair, I’ve been there as well.

You see, I didn’t always have a SAP Career Coach available to me, in fact, I’ve never had one.  But what I did have was a job that didn’t pay very well, and a family to feed.  Yet I had years, indeed decades, of military logistics experience, an MBA, and was an Oracle database designer.  Even with these qualifications, my income remained about the same for almost 8 years.  Then one day, I was asked to evaluate a company called SAP and its ERP solution as a fit to replace our existing maintenance and supply system.  This was in the late 1990s.  SAP was not well known at the time, but did have existing, commercial off-the-shelf or COTS software, that fulfilled many of our known requirements.  Oracle was mostly a database tool, and had recently purchased a finance package and manufacturing package.  Most companies still largely developed their own software inhouse.  Many still do.

As part of my evaluation efforts, I was invited by SAP to a number of software demonstrations and was provided extensive documentation on each module of SAP.  That’s right, my initial task was to basically learn everything about every module of SAP, at least as far as functional documentation and an IDES system could take me.  Then I needed to map all of our existing processes to existing SAP process functionality.  This was about a nine month task and resulted in a war room where we had massive charts which showed what was and was not covered by SAP.  Then I was tasked with creating an RFP (Request For Proposal) to acquire SAP.

Unfortunately, the military outfit I was working for didn’t have the funding for this now enormous procurement action, and I could see the handwriting on the wall as far as my job as an Oracle Database Designer was.  There was one upside to this now almost dead project of mine – I had been given insight into the prices being paid for SAP consultants, which were about $1,400 a day at the time.  Knowing that my existing position would soon disappear, I asked SAP about becoming a SAP consultant.  Not that I knew exactly what they did.

I got lucky.  They not only offered me a SAP Consulting role, they paid for me to become a SAP MM (Materials Management) consultant and as well, an SAP BW (Business Warehouse) consultant.  So within a week of signing in for my new job, they had me scheduled for the SAP MM Academy in Toronto, Canada, where I got my SAP MM certification.  They also, based on my background as a military officer, asked me to take over Professional Services for the entire Middle East, which covered 19 countries.  Having no idea what that job entailed, I had to learn not only how to run SAP consulting, but how to make a profit doing it.

Of course, I had signed up to be a SAP consultant.  But given my background, the SAP Executive Team asked me to get my SAP ASAP certification and to help turn around some ‘challenged’ projects.  There were many such projects, including some of the largest projects in the world, such as Saudi Aramco, SAMREF, SASREF, and the Saudi Cable Company.

Needless to say, this was a lot of different hats to wear, all at once.  There really wasn’t someone to turn to find out ‘how’, other than the boss. Being a perpetual student is how I did it, and I have to say, many people helped me understand the consulting model from a financial standpoint.  I also took on additional responsibility, to the point where I was producing the annual business plan, that covered Sales, Pre-Sales, Training, Consulting, Operations and Marketing.

One of my most challenging tasks was hiring SAP consultants.  As you might imagine, given the pay scale of Senior SAP consultants, you had to be able to build your team while not breaking the bank.  That’s why I began to build an extensive network of SAP recruiters that I still rely on to this day.  It’s also where I honed my own skills at interviewing and selecting SAP consultants who could help me deliver some of the toughest projects in the world.

Striking Out On My Own

Like many SAP consultants, at some point, I decided I wanted to build my own SAP Consultancy, which I did, and given my insider view of the SAP market, I knew that focusing on the analytics side, specifically, SAP Business Warehouse, was where I wanted to focus on.  Thus, SAPBWConsulting, Inc. was born, in 2011.  Why SAP BW? After all, a partner at Accenture told me it would limit our opportunities.  Here’s a little secret I will let you in on.  We’ve never did a SAP BW project that didn’t ultimately lead to a need to perform SAP functional consulting in one of the SAP ERP core modules, such as FI, CO, MM, SD, PM, PLM, HCM, or even the extended modules such as SAP CRM, EH&S, APO or SSM.  As well, given the SAP Industry Focus, and their numerous Industry Specific solution offerings, we typically see a need for highly specialized industry solution specialist.

What I’ve noticed over the past almost 20 years is more and more people are asking me for SAP Career Advice or what is now called SAP Career Coaching.  Though I am always glad to talk one-on-one with aspiring SAP consultants, I also want to make use of the work I’ve done with SAP BW Consulting, Inc.  After all, it attracts thousands of visitors each month, almost exclusively from SAP customers, who are looking for some sort of help with their SAP system.

As a niche SAP consultancy, we, of course, still pursue SAP projects.  As a SAP Consultancy that is also a Hubspot Inbound Marketing Agency, we help other SAP Partners market and sell their software solutions and services.  We also do the same thing for many SAP customers.  What we see is that aligning SAP Consulting Requirements up with available SAP Consultants is a constant challenge.  Yet we also have a constant flow of Inbound Chat traffic of newly minted or soon to be newly minted SAP consultants looking for a job.  It pains me greatly to not be able to offer them a consulting role.  But what I can offer is visibility.

You see, our website tells us who is using SAP.  This is some closely guarded information – SAP itself really doesn’t tell you.  Many customers aren’t really saying.  And most SAP customers have a layer of recruiters that are trying to fill SAP consulting roles – while taking huge cuts.

What would you do if you knew right where to look for your next SAP consulting role?  How much would it help you if someone could actually offer you SAP Career Coaching.  You might say, hey, I attended a SAP Academy, I got my certification. What else do I need to know.  The answer is, a lot.  Consulting, especially SAP consulting, requires not just vast knowledge of SAP software and how to configure it.  It also requires knowledge of why to configure it a certain way.

Truly high paid consulting requires that you know how to bring value to your customers, and to be able to prove it, in terms they understand, i.e., $$$.  You need foundational skills that go well beyond configuration skills.  For instance, if you attended a SAP MM academy, like I did, I bet you don’t remember learning how to define functional specifications for a required WRICEF item?  That’s because they didn’t teach you how to do that.  They taught you how to make it do what it is designed to do, which is already plenty to chew on.

As a subscriber to my SAP Career Coaching Newsletter, I will provide you with 10 companies each month with open SAP positions – that came to us.  I will also provide my own expert level advice on becoming an expert SAP consultant and sustaining your skills as a highly paid SAP consultant.  I also offer valuable one-on-one SAP Career Coaching and subscribers will get priority access to my calendar.

For a $29.95, you'll get monthly insight into where current SAP jobs are open, and SAP career coaching and advice from a Senior SAP Industry Principle and Project Manager.