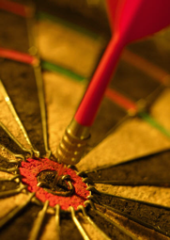 Save 50% on SAP BW Development Time

Some words on the subject from our co-founder, Doug Ayers, SAP BW Architect.

That is a savings that will continue to accrue for you and your project for years to come. A small SAP system can involve around 15,000 independent objects that have to be named yet still work together.

New developers come and go yet they still need to be able to navigate their way around your IT system. When trouble shooting production issues as well as developing new requirements for the business that all must work with the system that is already built, a BW naming strategy becomes a key item to have in place.

When an SAP BW Object Naming system is not used, troubleshooting production issues can take up to a week to figure out.

With my naming system, I can trouble shoot an issue in 30 seconds. That is 5 days versus a minute or less to pinpoint the source of an issue at cost typically over $150.00 an hour.

This is no trivial accomplishment and a tremendous savings for your business.

It is not unusual for a developer to spend 1 day just figuring out the names of all the SAP objects that need to be named and then the next day implementing those objects.

With the naming strategy and system as well as the custom made tool that I developed I actually did reduce my development time by 50% for a customer.

And then the rest of the day I spent my time developing.

So I doubled my project development speed overnight as well as reduced the SAP BW development time by 50% saving project implementation time and budget.

In addition to those monetary savings, the final product was consistently named and far, far easier to maintain and trouble shoot than the typical haphazardly named SAP project that I usually find where ever I go.

It's the same story, randomly named objects that make no sense which causes the computer to work against me rather than for me as a developer "