Could SAP Transportation Management Save The World Economy? [Consultation]

Headlines from just the past week or so:

What do all these headlines and many more have in common?  How could a better transportation management system or Supply Chain Management system fix some or all of them?

Well, let me try to tie them all together for you and suggest how one part of the solution lies in better Transportation Management systems.

One observable side effect is that hundreds of giant cargo ships are parked just outside the Singapore harbor, in some cases, crews are still onboard, in others, ghost ships are all that you are seeing.

Would make an excellent movie background, I’am sure.

But, most importantly, it tells you that once again, the world’s economy is in very bad shape, and worsening.

Spain, once again, has reported an increase in unemployment, and net out migration is really their only hope of lowering the rate - you read that right, a 'Brain Drain' is their only solution!

By comparison, Egypt, a country with a lot of problems, has an unemployment rate about half as high.

Greece continues to suffer the impacts of forced austerity, with one notable side effect being a movement of educated Greek’s back to the land to become farmers.  On the upside, you can now rent the Parthenon for $1,600.00 a day (but only if it is for a good cause, whatever that is).

As expected, a large swathe of Europe had it’s credit rating downgraded-France was not amused.  Given that interest rates are down around 1 percent anyway, who cares.

Twitter went over to the dark side this week, and caved to censorship.  Wonder if this was to test the waters on what was to come or to confirm what had already come to pass?

Spannair, continuing a long line of airline bankruptcies, declared bankruptcy (or at least that they were stopping operations) and stranded thousands.

Of course, they must also have been carrying cargo for various and sundry customers, and we can only imagine the unreported effects on the various supply chains of an untold number of customers.

SAP reported a record 2011 and 4th quarter.  They estimate that 60% of the world’s economy touches a SAP system daily.  In all the above news stories, SAP systems were touched or people who use SAP systems in some way were affected.

Why do I mention it?

Why are there hundreds of giant, expensive cargo ships parked in Singapore harbor, in addition to every ship repair yard around the planet and up and down the side of every navigable river on the planet?

Clearly, there has been a breakdown in the SCM systems as well as the Business Planning Systems of not one, but virtually every company and government on the planet.

With more than 1800 customers in Spain, a large number of Spanish customers have access to very advanced planning functionalities from SAP, such as SAP transportation management.

Yet, somehow, nearly 1 out 4 workers find themselves unemployed, and about 1500 a day are losing their jobs.

Greece, with an economy with very little to export, but with a huge tourist industry, seems to suffer from a variety of ills.

Given its strategic location, heavy concentration of global shipping ownership, and centuries of experience in the shipping business, it should be able to respond quickly to changes in global demand for shipping services.

Global Distortions in the Labor Market

Strange that the Philippines are the primary suppliers of skilled crewmembers while unemployment in Greece is now 27%?

Though mostly an esoteric, trivial event to the average joe on the street, the downgrades to the credit ratings of 9 European countries is a non-trivial event when you are talking about global trade.

In fact, given the ability to conduct more extensive credit ratings of customers by suppliers, including of countries who are major customers of other countries, i.e., Egypt is the world’s largest and most dependent customer of wheat imports; a downgrade of credit ratings signifies an increase in risk of non-payment and thus reduction in available credit between supplier and customer.

Extending this example further, many European countries are major consumers of imported gas from non-European gas suppliers (Algeria supplies a major portion of gas to Spain), and those suppliers will now be obligated to either demand additional financial guarantees or will not ship as much product, resulting in even more parked tankers outside Singapore harbor.

The self-censorship by Twitter to comply with the ‘law’ of certain countries, also means, indirectly, that those countries are able to look into the commercial transactions between countries and among suppliers.

Or else those transactions don’t happen.

This directly addresses the core, foundational, absolutely must get it right issue of trade-'trust' or lack thereof.

Spanair, a low-cost airline subsidized by the government of Catalunya, was yet another link in the global supply chain.

Without warning, which we know of, it went poof, and was no more.

In case you didn’t know, the cargo carried in the belly of passenger jets, as well as all cargo jets, i.e., Fedex and UPS, are leading indicators of the state of the economy.

Well, if Apple needs to ship a million of anything, because they changed the design of something, then it gets shipped in the cargo hold, even if it cost 10X as much as by ship.

Finally, Facebook is about to go IPO. Mr. Zuckerberg gets to cash out.

Why do I think this is relevant to SAP Transportation Management and the world economy in general?

Well, as yet another example of how the Internet can create Billionaires like no other phenomena in Human History, I believe it is an indicator of how much we can yet do with the internet to address the global economy.

Facebook has had some 'trust' issues along the way, primarily with privacy issues and they have addressed them and are addressing them.

The Global economy has also had some trust issues; you might have heard the term, “beggar thy neighbor” or 'Currency Wars'.

To recap, shortly after we all got Lehman’d, factories would not put product on truck’s unless they had been paid in advance.

Ships would not accept shipments unless they had been paid.

In short, the Global Supply Chain froze, and a good time was not had by all.

All of this ultimately takes us back to Keynes vs. Hayek, and I think the following excellent video describes where we are at today.  Enjoy.

Did you know SAP Transportation Management is one of the key solutions used by Rail, Trucking, Airlines and Shipping lines? 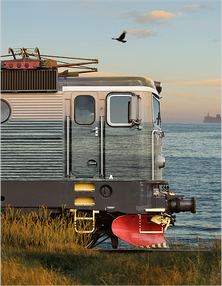 Implementing it successfully requires a consulting firm with knowledge of your business, your industry, and the best way to leverage the technology to address some of these issues.  If you're ready to embark on your journey, don't hesitate to reach out.

People who read this also read:

20 Steps to Take Charge of Your Supply Chain's Performance SCM